City Bus Simulator 2010 is a game by German developer TML Studios. It was released in the 3rd quarter of 2009. There is a demo version of the game which is available on their website. It simulates the M42 bus line, operated by the MTA, from the Circle Line or the Jacob Javits Center to the UN Headquarters (though the Javits branch has since been discontinued by the MTA). It goes through Times Square and by the Grand Central Terminal. The player drives a typical Nova Bus RTS with multiple views inside and outside of the bus. The game, unlike most simulations includes several non simulator related game features such as an apartment, Easter eggs and missions. 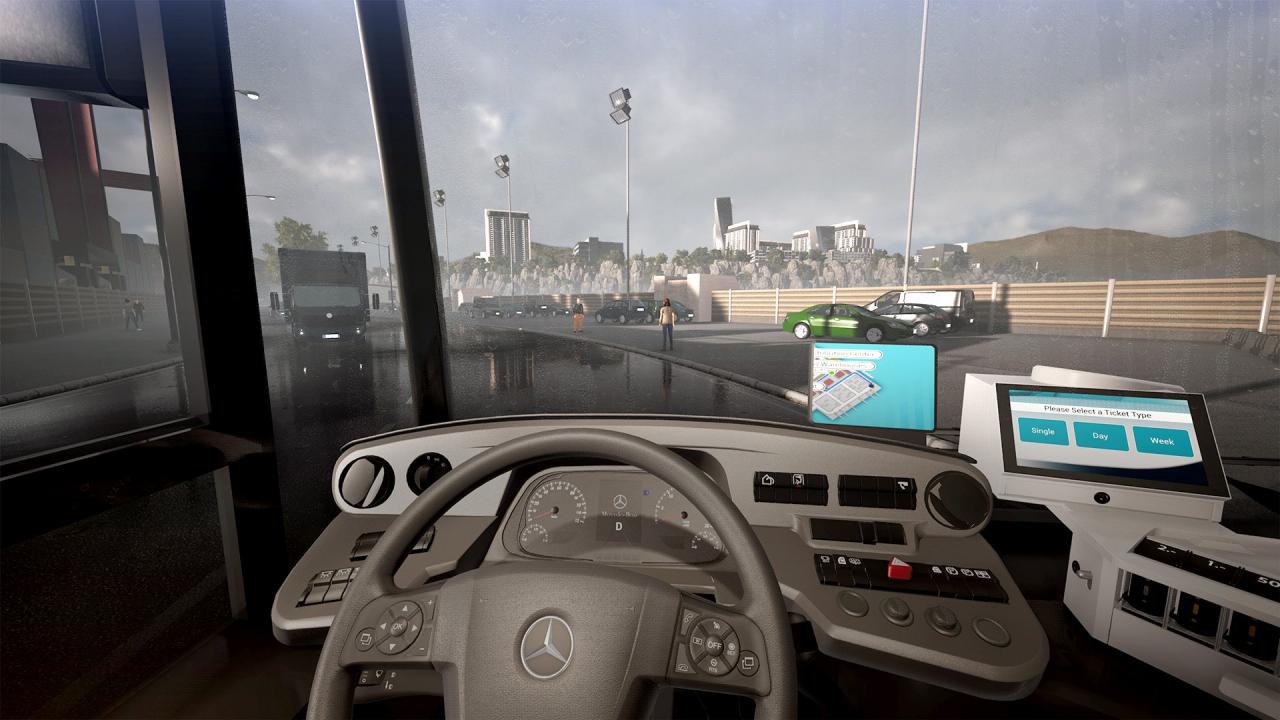 Citybus Simulator Munich, the successor to City Bus Simulator 2010 – New York, includes the whole line 100 also known as “the Museumline”. Starting in front of the Hauptbahnhof (central station), there are 22 museums and sights right next to the street along the way to the final destination Münchner Ostbahnhof (Munich East).

The road has been recreated with visual attention to detail. The bus technology follows a real-world training simulator.

All operating elements at the driver’s workplace are fully functional. The original Munich co-pilot (electronic assistant) supports the bus driver with his daily work and controls, if desired, all passenger information like, for example, the passenger monitor, the destination display, the announcements.

The OCC User Interface allows central access to the whole game at any time. Bus malfunctions are simulated in various ways.

Unlike City Bus Simulator 2010 the player has no apartment and there are no missions.