Roblox is a massively multiplayer online and game creation system platform that allows users to design their own games and play a wide variety of different types of games created by other users. The platform hosts user-created games and virtual worlds covering a wide variety of genres, from traditional racing and role-playing games to simulations and obstacle courses. As of August 2019, Roblox has over 100 million monthly active users.
Roblox is a game creation platform which allows players to create their own games using its proprietary engine, Roblox Studio. Games are coded under an Object Oriented Programming system utilizing the programming language Lua to manipulate the environment of the game. Users are able to create game passes, which are purchasable content through one-time purchases, as well as microtransactions through developer products. Developers on the site exchange Robux earned from various products on their games into real world currency through the Developer Exchange system. A percentage of the revenue from purchases is split between the developer and Roblox. 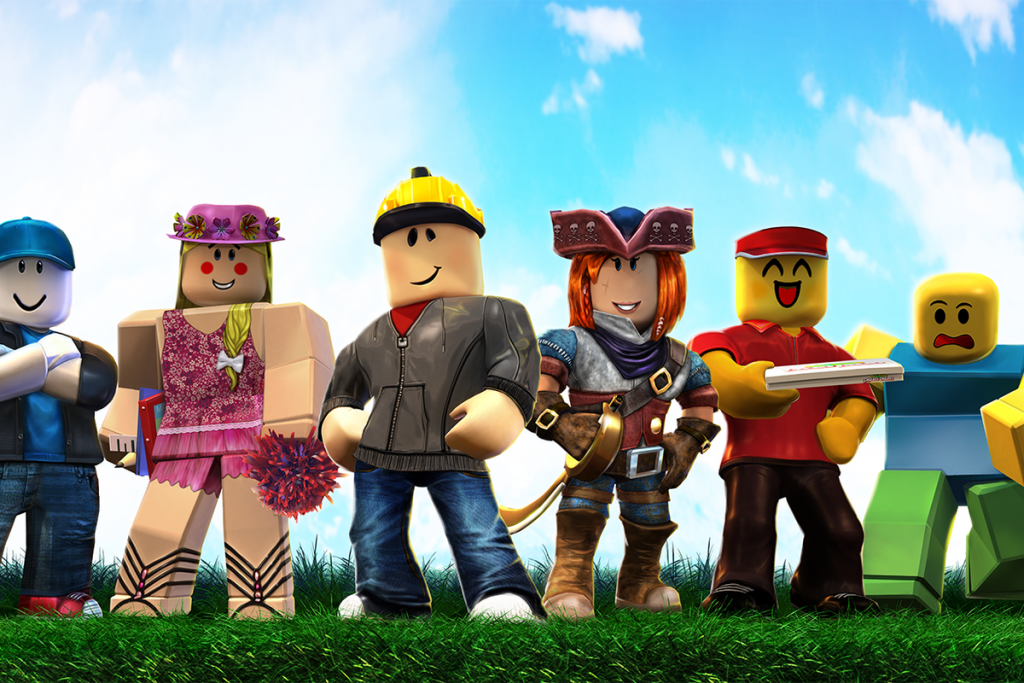 Players
Roblox allows players to buy, sell, and create virtual items. Clothes can be bought by anyone, but only players with a premium membership can sell them. Only Roblox administrators can sell accessories, body parts, gear, and packages under the official Roblox user account. Items with a limited edition status can only be traded between or sold by users with premium membership status.

Robux is the virtual currency in Roblox that allows players to buy various items. Players can obtain Robux through real life purchases, another player buying their items, or from earning daily Robux with a membership.

Events
Roblox occasionally hosts real life and virtual events. One such event is their Developers Conference. They hold virtual Easter egg hunt events annually and previously hosted events such as BloxCon, which was a convention for players of all ages.

Developers Conference
Roblox annually hosts its Roblox Developers Conference, a three-day invite-only event in San Francisco where top content creators on the site learn of upcoming changes to the platform. Roblox has also hosted similar events in London and Amsterdam.

Development
The beta version of Roblox was created by co-founders David Baszucki and Erik Cassel in 2004, originally under the name DynaBlocks. Baszucki started testing the first demos that year. In 2005, the company changed its name to Roblox. Roblox officially launched on September 1, 2006.

In March 2007, Roblox became compliant with COPPA, with the addition of safe chat, a change that limited users under the age of thirteen to communicating by selecting predefined messages from a menu. In August, Roblox applied server improvements and released a premium membership service named “Builders Club.” This paid membership feature was, in September 2019, rebranded as “Roblox Premium.”

In December 2011, Roblox held their first Hack Week, an annual event where Roblox developers work on innovative outside-the-box ideas for new developments to present to the company.

On December 11, 2012, Roblox released an iOS version of the game platform.

On May 31, 2015, a feature called ‘Smooth Terrain’ was added, increasing the graphical fidelity of the terrain and changing the physics engine from a block-oriented style to a smoother and more realistic style. On November 20, Roblox was launched on Xbox One, with an initial selection of 15 games chosen by Roblox staff. New Roblox games for this console will have to go through an approval process, and are subject to the Entertainment Software Ratings Board standards.

In April 2016, Roblox launched Roblox VR for Oculus Rift. At the time of release, more than ten million games were available in 3D. Around the same time period, the safe chat feature was removed and replaced by a system based on a whitelist with a set of acceptable words for users under 13 years old and on a blacklist for other users. In June, the company launched a version compatible with Windows 10. While the game platform has had a PC presence since 2004 with its web version, this is the first time it was upgraded with a standalone launcher built for Windows.