The Marussia B-Series was a series of sports cars built by Russian automaker Marussia Motors (pronounced ma-rus-ya). The series consists of the B1 and the B2; the cars are very similar technically, but are very different in design. The two vehicles had the same engines, layout, features, suspension, brakes. Priced at over 4,000,000 ruble (from 120,000 € to 185,000 €), they were the first Russian sports cars ever built. It featured a full carbon fiber car with aluminium chassis. About 3500 units were built. 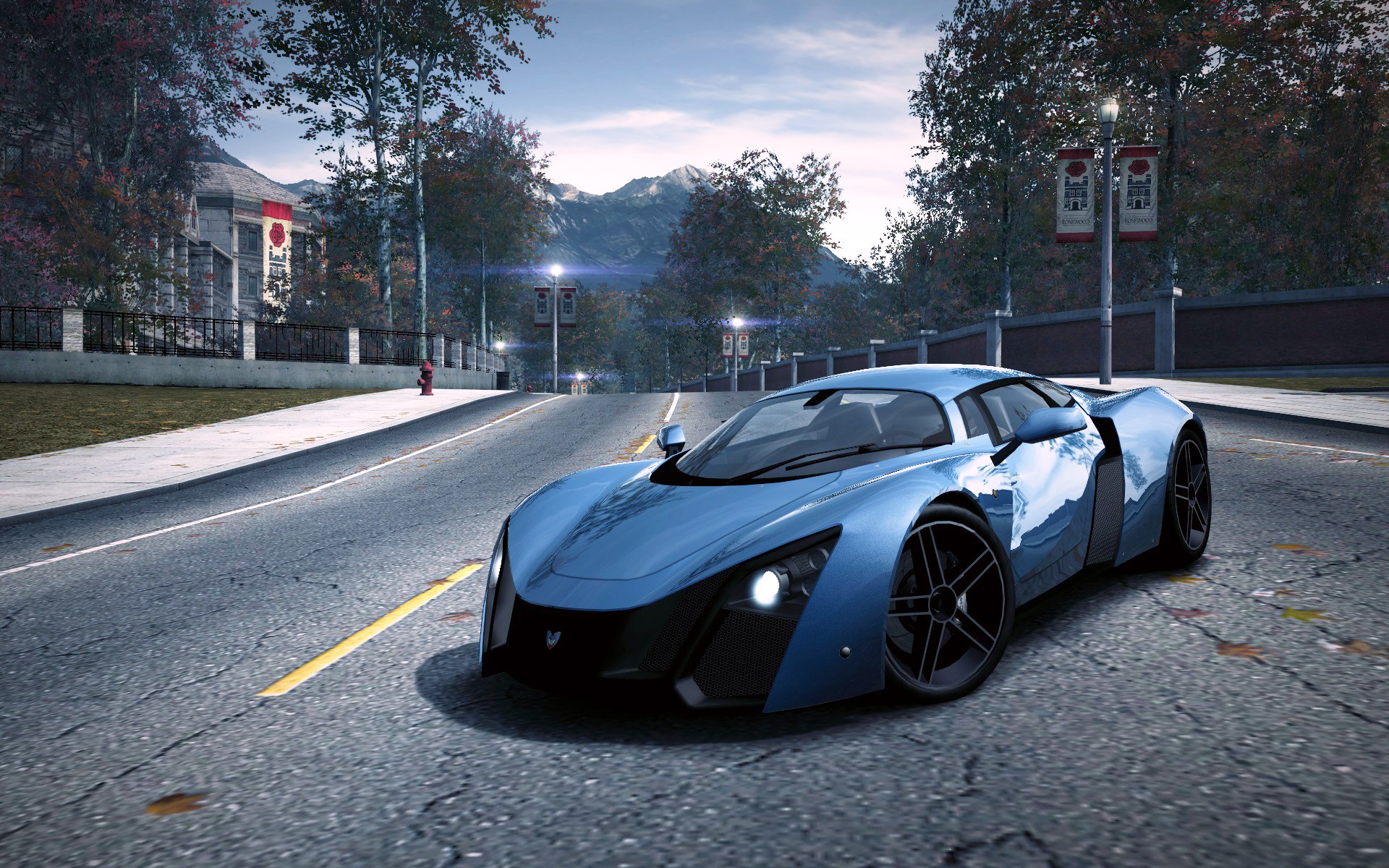 Marussia B1
The B2 is the B1’s successor, first shown to the public at the 2009 Frankfurt Motor Show. The differences between the B1 and the B2 are only cosmetic; the B2 offers a new, edgier design and a new, almost space-age interior. The design was meant to give the car a more aggressive look. Some design features include highlighting the grille and intakes in black to contrast them to the car’s body colour and emphasize some of the car’s geometric elements, as well as styling the car’s face to the shape of the “M” in the Marussia Motors logo. Engine power is 420 hp (313 kW), top speed is 310 km/h (193 mph) and acceleration from 0–100 km/h is in 3.8 seconds.

The B2 was featured in Need for Speed: Most Wanted in 2012, Need for Speed Rivals in 2013. In 2014 the car was also featured in Driveclub as a playable vehicle and at the official cover art for the PlayStation 4 exclusive.

In March 2012, Finnish contract manufacturer of specialty automobiles, Valmet Automotive, and Marussia Motors entered into an agreement on production of Marussia B2 sports cars at the Valmet car factory in Uusikaupunki, Finland. 500 units were built and until 2012 all has been sold out.