The Lexus LFA (Japanese: レクサス・LFA Rekusasu LFA) is a two-seat sports car manufactured by Lexus, the luxury car division of Toyota. It is the second model in the F marque line of performance vehicles from Lexus, following the IS F. Three concept versions were unveiled, each debuting at the North American International Auto Show with the LF-A designation as part of the LF Series concept line. After beginning development in the early 2000s (with a codename of TXS), the first LF-A concept premiered in 2005, followed in 2007 by a second concept with a more completely furnished interior and exterior. The third version of the LF-A, featuring a roadster bodystyle premiered in 2008. The production model, trademarked LFA, was unveiled at the Tokyo Motor Show in October 2009. 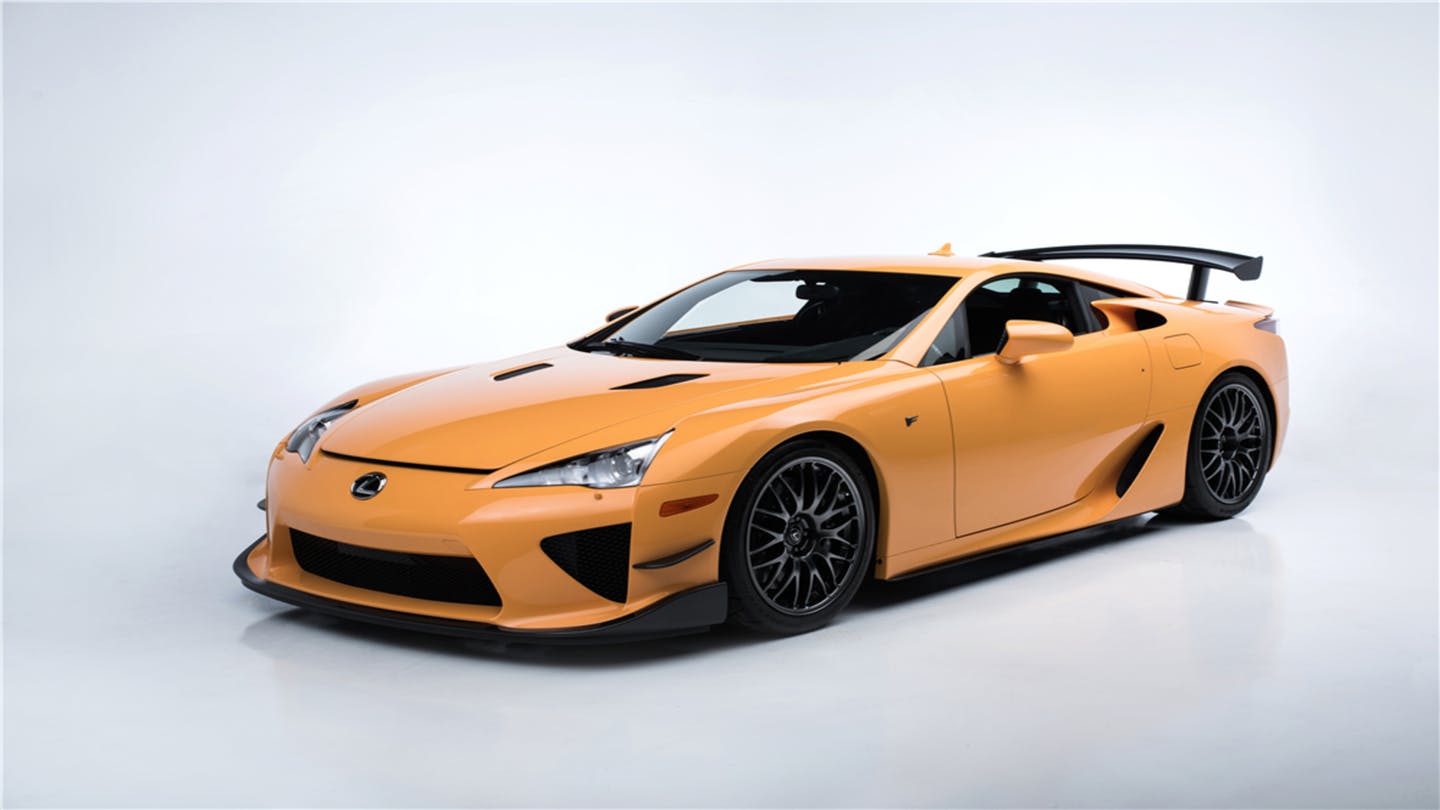 Akio Toyoda, CEO of parent company Toyota Motor Corporation (TMC) saw the LFA as an opportunity to create a global icon for the Lexus brand, embodying Toyoda’s idea that the ultimate Lexus should connect with its owner.

The production version of the Lexus LFA features a 412 kW (560 PS; 553 hp) V10 engine developed in collaboration with Yamaha exclusive to the car and a body made from carbon fibre-reinforced polymer (CFRP). CFRP materials account for 65 percent of the LFA’s body composition by mass. The LFA went into production in late 2010. A circuit-tuned variant debuted in 2012, and was one of the most expensive Japanese road cars ever built. Production ended in December 2012 with 500 cars produced, the final car being a Nürburgring Package model.

In February 2016, Lexus’ European boss Alain Uyttenhoven confirmed that there would be no new LFA replacement in the near future, stating: “The LFA is an icon now and possibly always will be – we don’t need to replace it to keep that status. It is a car we can reference for another 25 years if we choose. Its status is assured.” He went on to state: “It is possible that we will one day create another supercar, but in my view a super-high-end machine is not what we need right now.”

Previous Koenigsegg CCX
Next Marussia B2