The Simpsons is an American animated sitcom created by Matt Groening for the Fox Broadcasting Company. The series is a satirical depiction of working-class life, epitomized by the Simpson family, which consists of Homer, Marge, Bart, Lisa, and Maggie. The show is set in the fictional town of Springfield and parodies American culture and society, television, and the human condition. 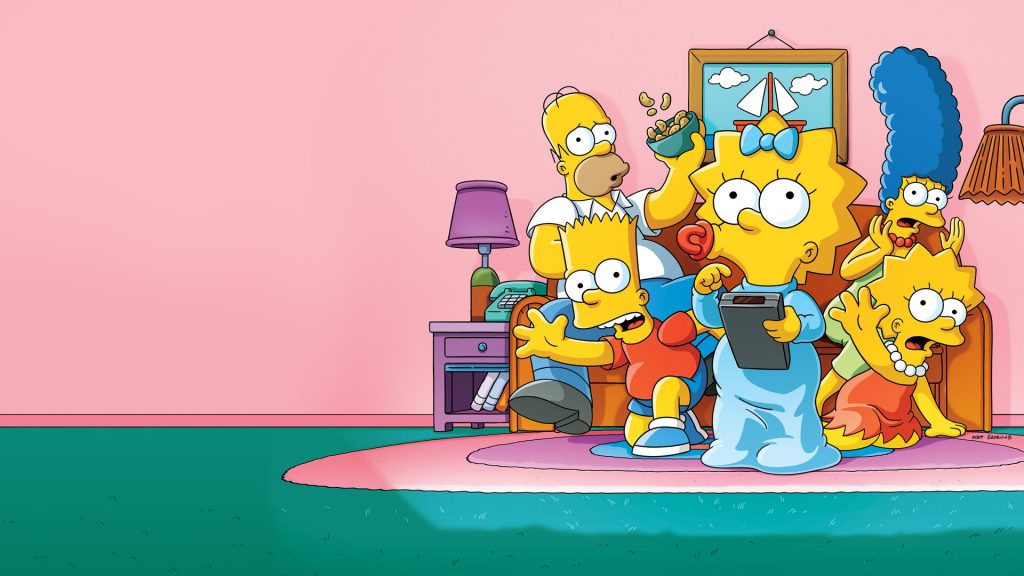 The family was conceived by Groening shortly before a solicitation for a series of animated shorts with producer James L. Brooks. Groening created a dysfunctional family and named the characters after his own family members, substituting Bart for his own name. The shorts became a part of The Tracey Ullman Show on April 19, 1987. After three seasons, the sketch was developed into a half-hour prime time show and became Fox’s first series to land in the Top 30 ratings in a season (1989–90).

Since its debut on December 17, 1989, 667 episodes of The Simpsons have been broadcast. It is the longest-running American sitcom, and the longest-running American scripted primetime television series, both in terms of seasons and number of episodes. The Simpsons Movie, a feature-length film, was released in theaters worldwide on July 27, 2007, and grossed over $527 million. Then on October 30, 2007, a video game was released. Currently, The Simpsons finished airing its thirtieth season, which began airing September 30, 2018. The Simpsons was renewed for a thirty-first and thirty-second season on February 6, 2019, in which the latter will contain the 700th episode. The Simpsons is a joint production by Gracie Films and 20th Century Fox Television and syndicated by 20th Television.

The Simpsons received acclaim throughout its first nine or ten seasons, which are generally considered its “Golden Age”. Time named it the 20th century’s best television series, and Erik Adams of The A.V. Club named it “television’s crowning achievement regardless of format”. On January 14, 2000, the Simpson family was awarded a star on the Hollywood Walk of Fame. It has won dozens of awards since it debuted as a series, including 34 Primetime Emmy Awards, 30 Annie Awards, and a Peabody Award. Homer’s exclamatory catchphrase “D’oh!” has been adopted into the English language, while The Simpsons has influenced many other later adult-oriented animated sitcoms. However, it has also been criticized for a perceived decline in quality over the years.