Rage 2 (stylized as RⒶGE 2) is a first-person shooter video game developed by Avalanche Studios in conjunction with id Software and published by Bethesda Softworks. The game is the sequel to the 2011 game Rage. The game was released for Microsoft Windows, PlayStation 4 and Xbox One on May 14, 2019. It received mixed reviews from critics, with praise for its combat but criticism for its story, characters, and open world gameplay.

Gameplay
Rage 2 is a first-person shooter. Players assume control of a ranger named Walker, who is free to explore the game’s apocalyptic fiction open world. Players are given control over some of Walker’s attributes, such as their gender, skills, or attire. Walker is able to wield various firearms and tools to fight against enemies, including returning weapons such as the wingstick. Players can develop Walker’s skills with Nanotrite-based powers. Through a mode called Overdrive, Walker’s guns do more damage, enemies drop more energy and they get healed constantly — providing players with an aggressive way to mow down enemies. Nanotrites from the first game, which act as special powers and ability boosts, can also be used to increase combat efficiency. The game also features vehicular combat, including trucks, buggies and gyrocopters, with the player being able to drive any vehicle in the game’s world. 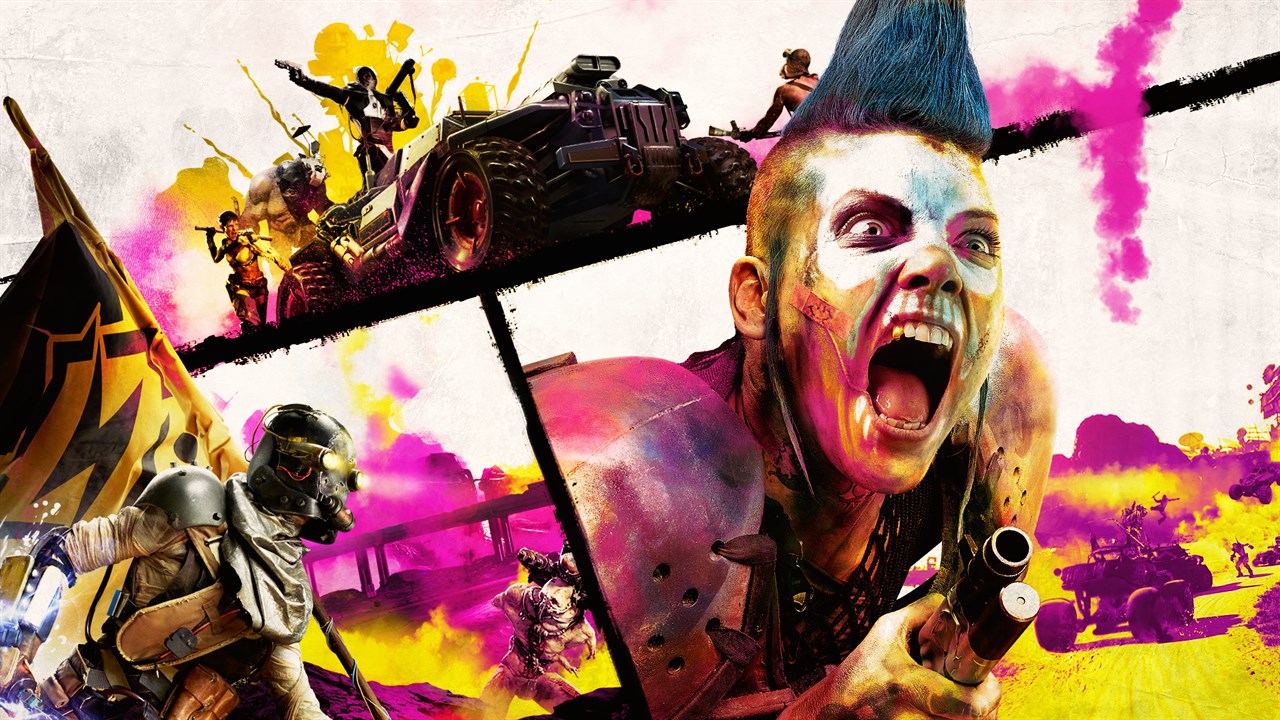 Premise
Players assume control of Walker, the last Ranger of Vineland, who must survive in a world inhabited by dangerous mutants and crazed bandits after it was hit by the asteroid 99942 Apophis. The majority of humankind died during this apocalyptic event. While new settlements and factions emerged, a group called the Authority declared themselves the new military power of this ravaged landscape. The game’s prologue begins in Walker’s home, Vineland, a city founded by former Ark residents and their descendants. Vineland gets stormed by the Authority’s rebuilt Abadon mutant armies, and Walker’s adoptive Aunt Prowley is killed by General Cross. Prowley leaves a pre-recorded holotape asking Walker to carry out Project Dagger, a mission conceived to finally stop General Cross for good. Walker is also inducted as the last Ranger, a group of Ark survivors whose nanotrite-powered suits give them enhanced combat abilities. They are asked by Prowley’s recording to find the three other members of Project Dagger; Loosum Hagar, Marshall, and Dr. Kvasir. Prowley’s biological daughter, Lily, provides Walker with the Phoenix, an indestructible vehicle to travel the Wasteland, and promises to rebuild Vineland in the Ranger’s absence.

Marshall is found in the town of Gunbarrel, though Walker is asked to assist him in restoring power to Gunbarrel before Marshall and retrieving Gulo, a scout sent by Marshall from an hostile enemy clan named the Immortal Shrouded. The scout’s last defiant act was to swallow the recorder with the bunker’s location, which Walker recovers from her already-carved-out gut. They then proceed to the bunker, wiping out both the Immortal Shrouded and the Authority patrol sent to dislodge them, and secures the data necessary to penetrate the Authority’s security scans. This completes one part of Project Dagger.

Loosum Hagar is the mayor of Wellspring, a major travel hub in the Wasteland. When Walker arrives at her office, the Ranger is forced to fight off an assassination attempt against the mayor, who then admits she suspects Wasteland tycoon Klegg Clayton of masterminding the attack. However, Klegg tries to kill Walker after admitting he was on a first name basis with General Cross. Fighting through Klegg’s henchmen, the Ranger warns Loosum Hagar of the plot against Wellspring and uncovers a Xerxes MK III Authority Predator tank hidden in Klegg’s catacombs beneath the town. The Ranger follows Klegg to an Authority bunker, only to witness General Cross put down his unsuccessful lackey for failing to deliver Wellspring to him on a silver platter. Exploring deeper into the facility, Walker finds evidence that the Authority is building massive Abadon mutants piece by piece, calling them “Titans” and planning to unleash them on the rest of the Wasteland. Walker tears the fusion core out of a huge, half-build Titan, causing a chain reaction that destroys the facility and simultaneously securing a power source for the Xerxes III Predator tank that is necessary to complete Project Dagger.

Dr. Anton Kvasir is a master of genetic manipulation tasked to create a nanotrite virus that would disable General Cross’ ability to clone himself indefinitely to prolong his life. The scientist invites the Ranger into his sanctum, where he says he is held back from finishing his project by insufficient computing power. Walker is asked to land Eco-Pod 15, the last of a series of satellites tasked with re-seeding the Earth with life in the event that the Apophis meteor rendered the planet barren after impact. After entering EDEN Space Center, Kvasir hacks the Vault mainframe to grant Walker the status of POTUS to ensure they can access every aspect of the EDEN Project. Successful in lowering Eco-Pod 15 back to Earth, Walker slaves its processor to Kvasir’s mainframe before being forced to fight off an Authority strike force. Kvasir then sends Walker on a mission to retrieve a DNA sample from General Cross. Raiding an Authority base for the sample, Walker also frees captives from Vineland whose DNA was used in horrific cloning and mutant experiments. Walker takes the head off the proverbial snake by decapitating General Cross after defeating him in battle, though a fresh clone of the General escapes. Back at Kvasir’s lab, the doctor uses Cross’ severed head to produce the nanotrite virus that was his part of Project Dagger.

With the three components, Walker initiates the final phase of Project Dagger by infiltrating the Authority HQ. Able to gain entry to the compound by impersonating General Cross, the Ranger is then discovered by the real general. General Cross meets Walker while riding a gigantic Cyber Titan, and the two battle for the final time. Killing the Titan, Walker stabs Cross in the eye with the Nanotrite Virus, causing his DNA to be corrupted to prevent future clones from being created. However, unbeknownst to Walker due to Kvasir’s manipulation, the Ranger’s own nanotrites are also susceptible to the virus. Choking to death alongside the broken body of General Cross, Walker is only saved by the intervention of Lily, who returns them to Hagar’s Wellspring office for medical treatment. With Lily’s gun to his head, Dr. Kvasir works frantically to save the Ranger. When he finally succeeds, the doctor begs for his life from the enraged Lily, who spares him. The game ends with Walker regaining consciousness and thanking Lily for her help, promising to continue helping the Wasteland as the Last Ranger.