Ben 10 is an American media franchise and television series created by Man of Action Studios and produced by Cartoon Network Studios. The franchise revolves around a boy named Ben Tennyson who acquires a watch-like alien device, the Omnitrix, which allows him to transform into ten different alien creatures.

The Ben 10 franchise has received widespread critical acclaim, winning three Emmy Awards. The franchise consists primarily of five television series and four films, the latter of which aired between August 2007 and March 2012. Spanning thirteen years, it is Cartoon Network’s longest-running franchise to date. There is also a Ben 10 toy line manufactured by Bandai for the first 4 shows and Playmates Toys for the reboot. Worldwide, the franchise has grossed over $6 billion in retail sales.

The series centers on Ben Tennyson, a 10-year-old boy on a summer vacation road trip with his cousin Gwen and their grandfather Max. On their first night camping in their grandfather’s RV, Ben finds a mysterious watch-like device named the Omnitrix that attaches itself to his wrist, giving him the ability to transform into various alien life-forms. During their vacation, the Tennysons are attacked by various enemies ranging from aliens like Vilgax to supernatural entities like Hex and Zs’Skayr. 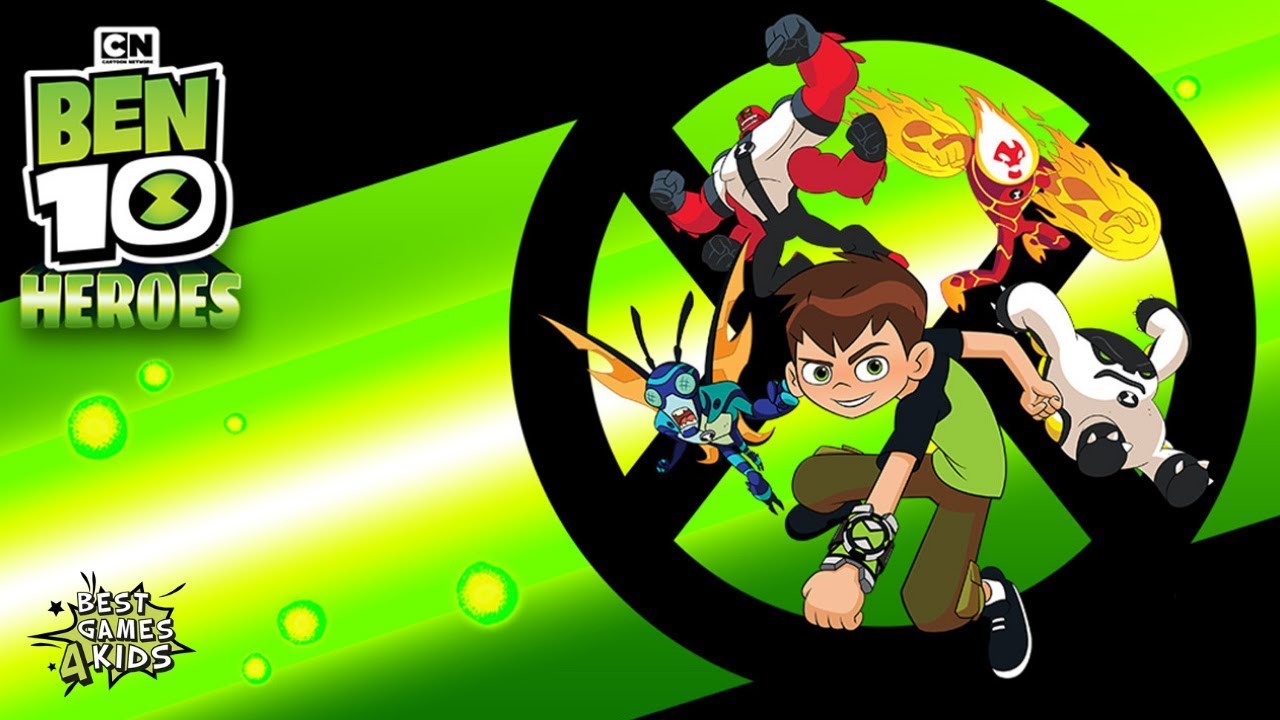 Ben 10: Alien Force
Main article: Ben 10: Alien Force
The series begins five years after the summer vacation when Ben discovered the Omnitrix. Ben removed the Omnitrix for unknown reasons, but regained it as a teenager while searching for his grandfather Max, who was abducted by a xenophobic alien species called the Highbreeds, who, along with the DNA Aliens at their command, are determined to cleanse the Earth of human beings. Ben’s age causes the Omnitrix to reboot, granting him access to new alien forms, along with a few of his previous forms. Ben is joined by Gwen and former enemy Kevin Levin, as they fight the Highbreed’s universal extermination plan.

Ben 10: Ultimate Alien
Main article: Ben 10: Ultimate Alien
After Ben’s last battle with Vilgax, which resulted in the destruction of the Omnitrix, Ben replaces it with the new Ultimatrix that allows him to evolve his alien forms into their ultimate forms. With the recent disclosure of his identity, Ben has become a worldwide celebrity. Meanwhile, Ben, Gwen, and Kevin must stop an Osmosian villain named Aggregor, who hunts aliens from the Andromeda Galaxy and intends to use their powers to achieve the “ultimate prize”. Later, Ben, Gwen, and Kevin have to prevent an extradimensional entity called Diagon from taking over the universe.

Ben 10: Omniverse
Main article: Ben 10: Omniverse
Ben acquires another new Omnitrix that allows him to gain access to a new set of alien forms along with all the forms he has assumed prior. After Gwen goes away to college with Kevin accompanying her, Ben pairs up with Rook Blonko, a plumber from the planet Revonnah. He is targeted by an intergalactic huntsman named Khyber, who made a copy of the Omnitrix, the Nemetrix, with the help of mad scientist Dr. Psychobos. Both of them are working with an enemy from Ben’s past, a Galvanic Mechamorph named Malware. Ben later contends with the Incurseans, Albedo, Zs’Skayr, Dr. Psychobos, Charmcaster, the Plumber’s Black-Ops Unit (called the “Rooters”), his alternate dimension self Mad Ben, and the Chronosapien Maltruant.

Ben 10 (2016 TV series)
Main article: Ben 10 (2016 TV series)
The official Twitter feed of Cartoon Network PR confirmed a rebooted series that would return to following the adventures of Ben, Gwen, and Max Tennyson and feature new alien forms. In mid-June 2016, Cartoon Network released the first poster for the series, in which ten of the most popular aliens from the franchise were featured. The series would premiere on international Cartoon Networks beginning in October 2016, with the Europe, Asia-Pacific, Middle East & African versions, and continuing into 2017 with the North and Latin American versions.

Previous God Of War
Next Bugatti