The Pagani Zonda is a mid-engine sports car produced by the Italian sports car manufacturer Pagani. It debuted at the 1999 Geneva Motor Show. By 2018, a total of 140 cars had been built, including development mules. Both 2-door coupé and roadster variants have been produced along with a third new variant being the barchetta. Construction is mainly of carbon fibre.

The Zonda was originally to be named the “Fangio F1” after Formula One champion Juan Manuel Fangio, but, following his death in 1995, it was renamed for the Zonda wind, a regional term for a hot air current above Argentina. 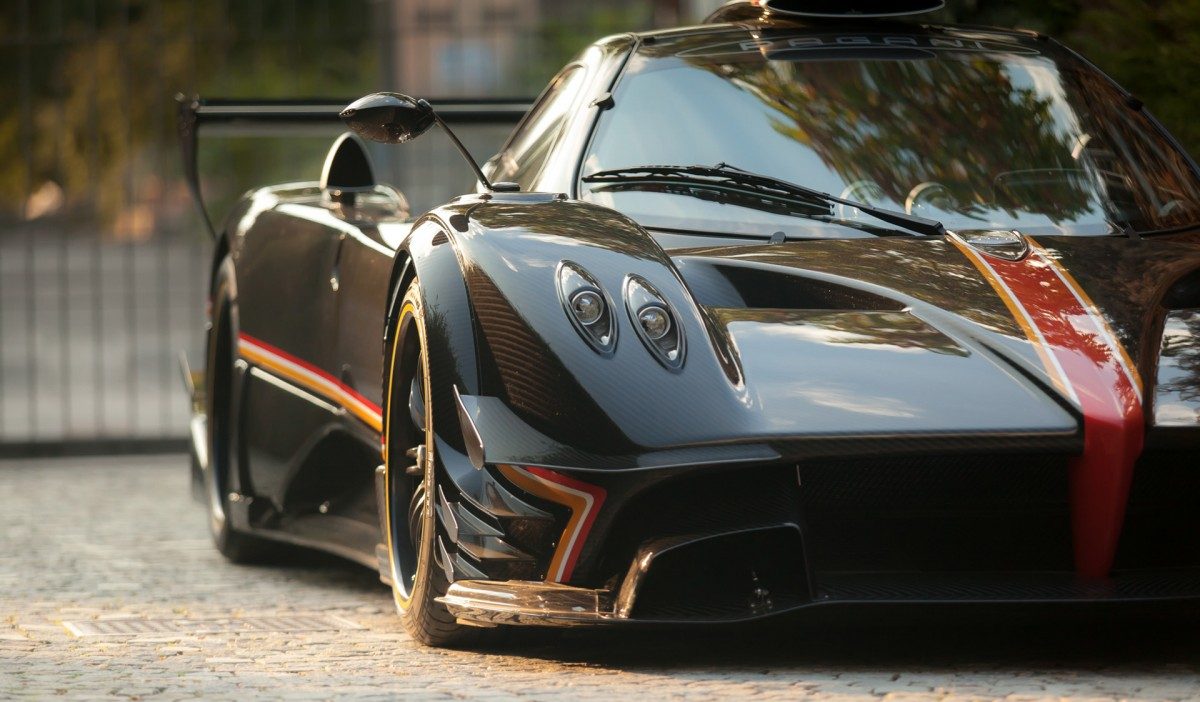 Only five cars were built with the 6.0 L engine, though the C12 was still available in 2002 when the C12 S was introduced. One was used for crash testing and homologation, while another was a demonstrator and show car. The remainder were delivered to customers during the next three years. The crash test and homologation car having chassis number 001 was restored by Pagani’s recently established restoration program called “Pagani Rinascimento” and was presented to the public at the 2019 Geneva Motor Show for the Zonda’s 20th anniversary.

Pagani Zonda S 7.3 at Hampton Court Palace Concours of Elegance
The Zonda S uses a modified version of the V12 engine used in the C12 enlarged to 7.0 L (427 cu in). Tuned by Mercedes-AMG, the engine has a power output of 550 PS (405 kW; 542 hp) and is mated to a newly developed 6-speed manual transmission in order to handle the high power output produced by the engine.

Zonda Roadster
In 2003, Pagani presented the Zonda Roadster, an open top version of the Zonda S 7.3. Carrying the same components as the coupé, Pagani promised no loss of performance, a claim supported by the minimal weight gain of 30 kg (66 lb). A total of 40 roadsters were produced.