Christopher Comstock (born May 19, 1992), known professionally as Marshmello, is an American electronic music producer and DJ. He first gained international recognition by releasing remixes of songs by American DJ duo Jack Ü and Russian-German DJ Zedd. He is best known for the songs “Silence”, “Wolves”, “Friends”, and “Happier”, all of which have been certified multi-platinum in several countries and appeared in the Top 30 of the Billboard Hot 100.

His debut studio album, Joytime, was released in January 2016, which included the lead single and Marshmello’s debut single “Keep It Mello”. Marshmello’s second song in 2016, a platinum-certified single titled “Alone”, was released in May via the Canadian record label Monstercat. Having peaked on the US Billboard Hot 100 at number 60, it became his first single to be certified platinum in the US and Canada with over a million copies of certified units. That year, he released three subsequent singles. In 2017, after releasing singles such as “Chasing Colors”, “Twinbow” and “Moving On”, Marshmello collaborated with American R&B singer Khalid to release “Silence” as a single, which was certified platinum and multi-platinum in eight countries. Succeeding another single, one of his best-selling singles, a collaboration with American singer Selena Gomez, titled “Wolves” was released. 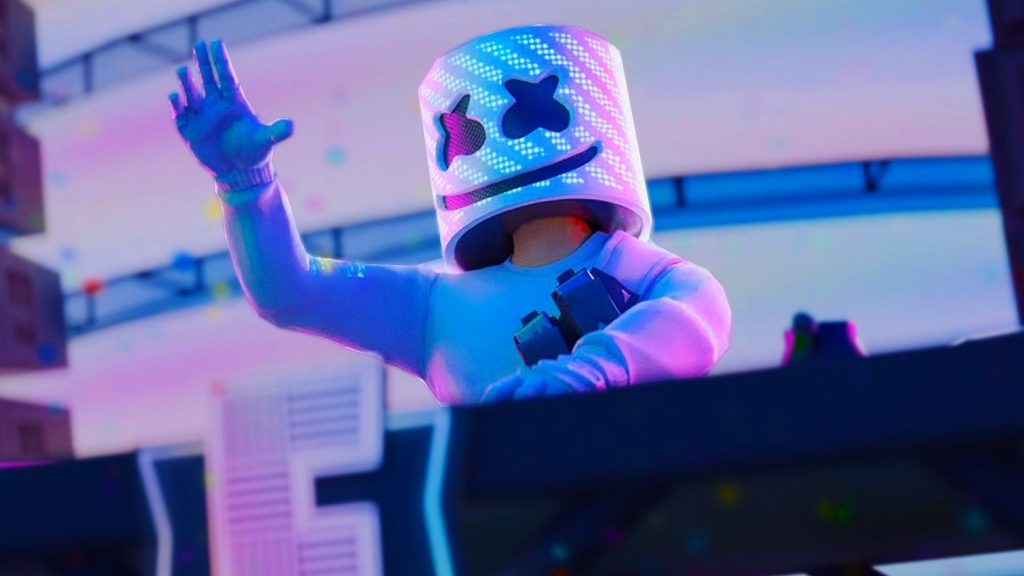 His second single of 2018, titled “Friends”, a collaboration with British singer Anne-Marie, was released. Months later, his second studio album, Joytime II, was released with singles “Tell Me” and “Check This Out”. Marshmello’s highest-charting song on the Billboard Hot 100 and in the United Kingdom, titled “Happier”, a collaboration with British band Bastille, was released in August. He was named by Forbes in eighth place on their annual ranking of the world’s highest-paid DJs in 2017 as he earned $21 million in the twelve months prior June 2017

Marshmello wears a custom helmet for public appearances. His identity was not known initially, but was confirmed to be Chris Comstock in April 2017 by Forbes, citing events such as Skrillex’s referring of Marshmello as “Chris” in an interview, the managerial connection of Shalizi, and the similar tattoos and birthday. On July 2, 2019, Marshmello released a documentary with More Than Music (Artist Spotlight Series) on YouTube. In the documentary, Shalizi describes the process and effort into creating the Marshmello brand.

His stage name, an alternative spelling of “marshmallow”, and his marshmallow mascot head were both inspired by Canadian electronic music producer Deadmau5, who also notably uses an alternate spelling for his stage name and performs wearing a “dead mouse” mascot head. Acknowledgement of Deadmau5’s contribution to Marshmello’s persona is evident in the music video for “Alone”. Marshmello also referenced Deadmau5 with a variant of his helmet (with a third ear) featured in the original edit of “Ritual”s music video. It was removed at Deadmau5’s demand.

His musical style includes groove-oriented, synth and bass-heavy electronic dance music. Inspired by other masked DJs like Deadmau5 and Daft Punk, Marshmello appears wearing a full-head-covering white-colored bucket. Despite the anonymity, his career received international recognition in 2015 when he began releasing tracks online, including remixes of Zedd’s “Beautiful Now”, Jack Ü’s “Where Are Ü Now” and others, as well as his own single “Alone”.

As a YouTuber, Marshmello has published gaming and cooking videos for his series “Gaming with Marshmello” and “Cooking with Marshmello”. In an episode of the latter, American singer Paula Abdul was featured as a guest. In the cooking series, Marshmello was shown presenting his methods of cooking, for foods such as meals, snacks and desserts. Appearing as non-speaker, he used body language to express himself in the videos.