Hello Kitty (Japanese: ハロー・キティ Hepburn: Harō Kiti), also known by her full name Kitty White (キティ・ホワイト Kiti Howaito), is a fictional character produced by the Japanese company Sanrio, created by Yuko Shimizu and currently designed by Yuko Yamaguchi. Sanrio depicts Hello Kitty as a female gijinka (anthropomorphization) of Japanese Bobtail with a red bow and, notably, no mouth. According to her backstory, she is a perpetual 3rd-grade student who lives outside London. Sanrio announced in 2018 that Hello Kitty’s birthday is 1 November. Since the cartoon character’s creation, Hello Kitty has become a media franchise including a product line, clothing apparel, toy-line, manga comics, anime series, popular music, and other media.

Shortly after her creation in 1974, the Hello Kitty vinyl coin purse was introduced by Sanrio in March 1975. Sanrio brought the character to the United States in 1976. Hello Kitty is a staple of the kawaii segment of Japanese popular culture. By 2010, Sanrio had groomed Hello Kitty into a global marketing phenomenon, worth $6 billion a year. By 2014, when Hello Kitty was 40 years old, she was worth about $8 billion a year. As of 2019, Hello Kitty is the second highest-grossing franchise of all time, behind Pokémon, having generated $80 billion in lifetime retail sales. 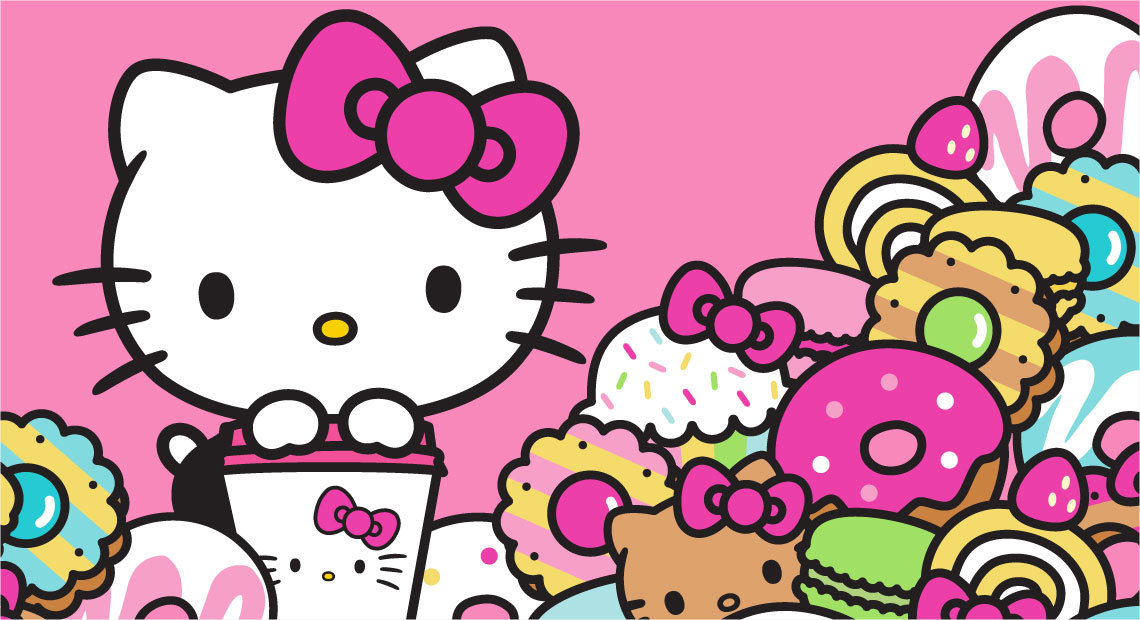 Hello Kitty sold well immediately after the 1974 launch, and Sanrio’s sales increased seven times up until they slumped temporarily in 1978. New series with Hello Kitty in different themed designs are released regularly, following current trends. Yuko Yamaguchi, the main designer for most of Hello Kitty’s history, has said that fashion, movies, and TV inspire her in creating new designs.

Hello Kitty was originally marketed only towards a child and preteen audience. In the 1990s, the target market for Hello Kitty was broadened to include teens and adults as a retro brand. Marketed to those who could not get Hello Kitty merchandise as children, or who fondly remember items they had, Sanrio began selling Hello Kitty branded products such as purses and laptops. The 1994–1996 Face series was the first to be designed for a more mature appeal.

According to Sanrio, in 1999, Hello Kitty appeared on 12,000 different products yearly. By 2008, Hello Kitty was responsible for half of Sanrio’s $1 billion revenue, and there were over 50,000 different Hello Kitty branded products in more than 60 countries. Beginning in 2007, following trends in Japan, Sanrio began using darker designs for Hello Kitty with more black and less pink and pulling away from kawaii styles.

Hello Kitty and Mimmy celebrated their 40th Anniversary on 1 November 2014. The “Arigato Everyone Birthday Celebration” took place in Sanrio Puroland in Tokyo for several days.

Previous Ferrari
Next League Of Legends