Death Note (Japanese: デスノート Hepburn: Desu Nōto) is a Japanese manga series written by Tsugumi Ohba and illustrated by Takeshi Obata. The story follows Light Yagami, a teen genius who stumbles across a mysterious otherworldly notebook: the “Death Note”, which belonged to the Shinigami Ryuk, and grants the user the supernatural ability to kill anyone whose name is written in its pages. The series centers around Light’s subsequent attempts to use the Death Note to carry out a world-wide massacre of individuals whom he deems morally unworthy of life to change the world into a utopian society without crime, using the alias of a god-like vigilante named “Kira” (“キラ”, the Japanese transliteration of the English word: killer) and the subsequent efforts of an elite task-force of law enforcement officers, consisting of members of the Japanese police force, led by L, an enigmatic international detective whose past is shrouded in mystery, to apprehend him and end his reign of terror. 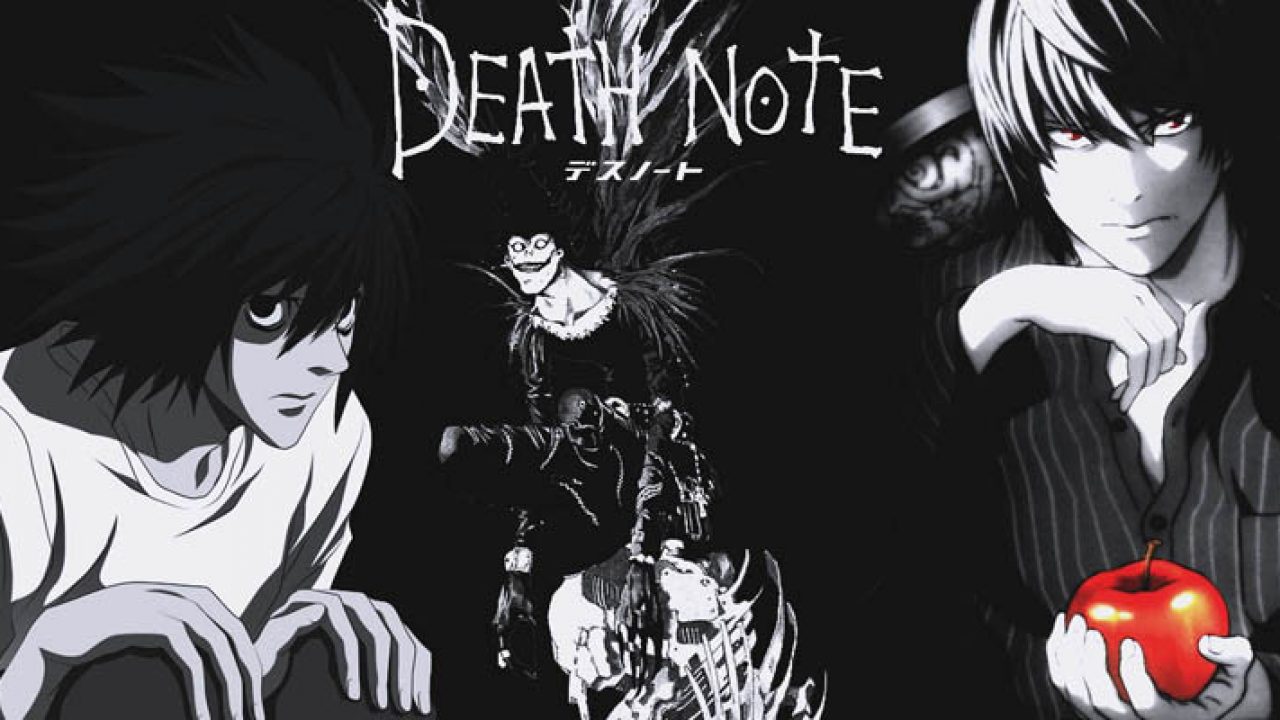 Death Note was first serialized in Shueisha’s manga magazine Weekly Shōnen Jump from December 2003 to May 2006. The 108 chapters were collected and published into 12 tankōbon volumes between April 2004 and July 2006. An anime television adaptation aired in Japan from October 3, 2006, to June 26, 2007. Composed of 37 episodes, the anime was developed by Madhouse and directed by Tetsurō Araki. A light novel based on the series, written by Nisio Isin, was also released in 2006. Additionally, various video games have been published by Konami for the Nintendo DS. The series was adapted into three live action films released in Japan on June 17, 2006, November 3, 2006, and February 2, 2008, and a television drama in 2015. A miniseries entitled Death Note: New Generation and a fourth film were released in 2016. An American film adaptation was released on Netflix on August 24, 2017.

Death Note media is licensed and released in North America by Viz Media, with the exception of the video games and soundtracks. The episodes from the anime first appeared in North America as downloadable from IGN, before Viz Media licensed it and it aired on YTV’s Bionix anime block in Canada and on Adult Swim in the United States with a DVD release following. The live-action films briefly played in certain North American theaters in 2008, before receiving home video releases. In 2015, the collected volumes of the Death Note manga had over 30 million copies in circulation.

Are you prepared to start a new trip? Establish your very own anime styled personalities …