Slither.io is a massively multiplayer video game available for iOS, Android, and web browsers, developed by Steve Howse. Players control an avatar resembling a worm, which consumes multicolored pellets, both from other players and ones that naturally spawn on the map in the game, to grow in size. The objective of the game is to grow the longest worm in the server. Slither.io is similar in concept to the popular 2015 web game Agar.io and is reminiscent of the classic arcade game Snake. 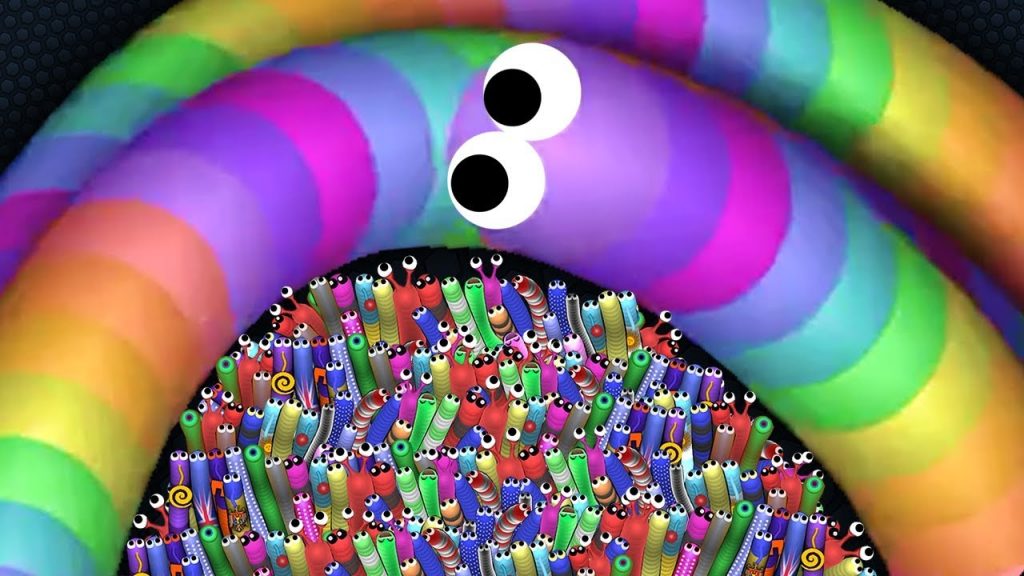 The game grew in popularity following its promotion among several prominent YouTube users such as PewDiePie, and topped the App Store shortly after its release. Slither.io’s browser version was ranked by Alexa as one of the 1,000 most visited sites by July 2016, while the iOS version ranked first in the most downloaded apps on the App Store. A mobile version of the game for Android was released on March 27, 2016. The reception of the game was positive, with reviewers praising its appearance and customization but criticizing it for its low replay value and the high price users must pay to remove advertisements.

Agar.io is a massively multiplayer online action game created by Brazilian developer Matheus Valadares. Players control one or more cells in a map representing a Petri dish. The goal is to gain as much mass as possible by eating agar and cells smaller than the player’s cell while avoiding larger ones which can eat the player’s cells. Each player starts with one cell, but players can split a cell into two once it reaches a sufficient mass, allowing them to control multiple cells. The name comes from the substance agar, used to culture bacteria.

The game was released to positive critical reception; critics particularly praised its simplicity, competition, and mechanics, while criticism targeted its repetitive gameplay. Largely due to word of mouth on social networks, it was a quick success, becoming one of the most popular web and mobile games in its first year. A Steam version was announced on 3 May 2015 (though never released as of May 2019), while the mobile version of Agar.io for iOS and Android was released on 24 July 2015 by Miniclip. Agar.io has inspired similar web games called “.io games”, including games with a similar objective but different characters, and games that incorporate elements of other genres like shooter games.